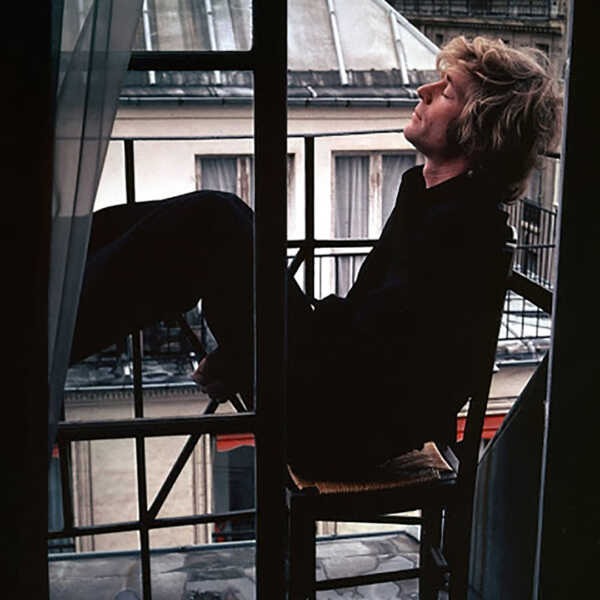 Sean was many things: artist, scholar, winemaker,  collector, friend, inspiration, cancer survivor, and, above all, rule-breaker. Wine was just one part of what comprised Sean’s incredible world, but it is the one that touched the greatest number of people. His methods and manners inspired a great many myths and legends, most of which are true. Yes, he was inspired by ancient texts (“do you think the people who built the Parthenon drank bad wine?”) and no, he never used a spreadsheet to make wine, but he was inspired to make a bottle that brought delight to its drinker. That was his focus, his goal and it was both genuine and, more often than not realized.

Sean made wines that people noticed. Wines that made the conversation better. After his first wines found favor at Chez Panisse of all places (“it was a 1982 Merlot tasted against a 1982 Ch. Margaux: I preferred my wine”) Sean founded his eponymous winery and grew it out of Bolinas, California, of all places. Sean loved Bolinas and Thackrey & Co became the only winery in this notoriously eccentric town. A perfect fit.

The wine business is not an easy business. He recently reflected on these last 40 years and the challenges of keeping a winery alive and relevant but there were no regrets. Most recently, he’d worked on the latest blend of Pleiades Old Vines with his winemaker and trusted protege of 10 years, Dustin Durfee. One of many winemakers to count Thackrey as their first true winemaking hero, he carries Sean’s winemaking baton onward. Sean’s magic was infectious and in everything that he touched. He did it all his way and that aim remained true. No shortcuts.

“My only purpose in the entire universe as a winemaker is to produce pleasure.”

“Sean was a total delight, just like his wine. A shock of wild grey hair and a cackle erupted from his ever-smiling face. He showed us his home with open topped fermenters, his artifacts such as handwritten diaries as he was studying the history of wine (all in several languages), and his world of antiques (a world I now find myself in). However, it was a trip to the “bottling plant” that is imprinted on my memory.”

“Will always remember the pleasure on his face with musicians playing behind him at his 75th birthday.”

“I was a small-time home winemaker and Sean was my mentor in absentia.  His Andromeda was one of the finest wines and pinot I have ever had.  Incredible florality in the nose. and ever so smooth in the mouth.”

“I was introduced to his wine when working at Peet’s Coffee and Tea. As an assistant manager, I was picked to wine taste to help deepen my palate. We tasted a lot of different wines. In the end, the sommelier said we would taste a truly exceptional wine. This line was Pleiades. This would have been in the early ’90s. I think of this wine often. I compare every wine I drink to this one tasting.”

“My dad introduced me to his wine around 2012/13. It was a “gateway drug” for me getting more into and appreciating wine of any kind, but especially good wine. It was a bottle of Pleiades and up to the point, I had never tasted anything so interesting, complex, and unique.”

“So many fond memories of working and laughing at the Bolinas winery/house. Another toast to ST.”

“In a world of manufactured personalities, Sean was the antidote, a beacon of the unique. He gave hope to those who still believe that success isn’t about how much you sell something for: it’s about how much your work means to others. “

“Although I never met him
An art dealer friend brought a bottle
To a pasta lunch at my Studio and I have been
A devotee ever since
I loved Pleiades and guarded each bottle
Like holy wine
I sip it and reward my soul .
And Since I never got to Bolinas
To genuflect at the feet of the master
I leave him my oft used quote

When I uncork it, I say
“ … in beer there is strength
In wine there is truth
And in water there is Bacteria ….”

“I went to high school with Sean when he was known as John, and we were in a photography class together.  At some point shortly after high school, John opened a shop that sold amazing hand-made (by him) leather sandals in Westwood Village.  One of my friends still has a pair that are quite usable.  Many years later, I came across this amazing winemaker named Sean Thackrey, and it occurred to me that it had to be my high-school friend John.  It was, we reconnected, and I visited him several times in Bolinas for reminiscences, wine, and discussing the state of the world.”

“Counted amongst the proudest moments of my life was the day Sean asked if I would like to have my name placed next to his on a bottle of wine.  To me, there was no greater honor I could have received as a winemaker. So much of who I am has been influenced by Sean, he was not only a great mentor but a dear friend.  Not a day has gone by or will go by, that I am not reminded of one of his quotes, jokes, or philosophical rants.  He will forever remain in my thoughts and my heart.”

“I was a small-time home winemaker and Sean was my mentor in absentia.  His Andromeda was one of the finest wines and pinot I have ever had.  Incredible floral in the nose. and ever so smooth in the mouth.”

“We met when 3 friends and I visited Bolinas for a wine tasting day, which included Sean. We shared an engaging, fun talk with him about wine, etc, in the kitchen area, while we tasted some wonderful wines! We were so touched and pleased at the time he shared with us!”

“I did not know Sean as a winemaker but as the man who put together one of the finest collections of 19th-century photography in private hands.  I had the pleasure of working on an exhibition of the Rubel collection (assembled by Sean) in 1981-2 when I was a graduate student at the University of California, Davis.  He was both kind, informative, and gracious to me, a first-year grad student, as I frantically tried to learn as much as I could about early European photography.  Even then, he talked about his dream of making Rhone-blends commercially and giving up the gallery/photography business.”

“Thirty years ago I purchased my first bottle of Pleiades and experienced my ‘ah ha!’ moment for wine as an art.”

“Every encounter with him was special. His wine creations are divine and will always remain my favorite. His photography knowledge was inspiring and his humanity so rich and rare.”

A message to Sean – “Sean, I will try to keep this short as we don’t know each other. I just wanted to say thank you. Not for drinking your wines as it seems almost impossible to find them here in Sweden, where I live (still looking though). I want to thank you for being my main inspiration for starting down my path as a winemaker (and in my case a winegrower). After seeing you in clips on YouTube I have scoured the internet looking for more. There isn’t much to be found, but what I did find has been very meaningful for me. So again, thank you for being an inspiration.”

“A number of years ago, I was talking to a friend who was at one of Sean’s wine tasting. She did not know the story of his wines, or how they were made. However, she sniffed a glass of red, and exclaimed to him, “This smells of salt air!”. Switch to a big grin on Sean’s face. I have interacted more with Leslie, as I was in the business. We swapped some great stories. I found Sean to be a man of highly varied interests, especially the fascination of ancient texts. I shall miss him.”